Commendable Rentals LLC, based in South Carolina, with representation in Italy and France, started as one of the activities of Comm Inc,  but is now an Independent company offering holiday seekers a carefully selected and well-maintained selection  of prime vacation rental properties in Italy, France, Austria, Spain, South Africa, Germany, the United States, and more.

In addition, Commendable Rentals LLC, now offers a  carefully selected and visited selection of Boutique Hotels, Inns and Logdes, that  offer exceptional character, personality, and are dedicated to offering a quality service.

Commendable Rentals LLC also offers to owners professional consulting services and the opportunity to have their property presented and effectively marketed to a high-quality International clientele. Commendable Rentals was founded by Susan and Adrian Doull, both of whom have many years of experience of living and working internationally.

Susan Doull has many years of professional experience in service and  hospitality industries, as well as in international real estate, and cultural and human resources, in Europe and North America. She has a BA and MA in The History of Art from Wellesley College and the University of Toronto, respectively. She worked for Citibank in New York, and was a Pension Fund Portfolio Trader in Toronto. She later founded a successful Relocation Consulting business, Settler Services of New York, and subsequently founded and operated the Chateau de Remaisnil in France with her husband Adrian. She has lectured on various History of Art subjects in Canada, the USA and France, and also written a book.

In addition to serving on a number of International Association Boards, she has played an active role in MPI (Meeting Planners International) and SITE (the Society of Incentive Travel Executives) and was President of SITE France from 1995-97. She has served on Boards of the American Woman’s Association of Rome, and The American International Club or Rome

Subsequently, he and his wife, Susan, created a hotel and conference centre at the Chateau de Remaisnil in France which they owned and managed for 15 years. He was thereafter Senior Director – Europe, Africa & Middle East, of the leading energy research and consulting firm, Cambridge Energy Research Associates, in Paris and Rome.

He consults and lectures on commodities and energy strategies,  He has served on the Boards of more than a dozen publicly-owned companies in various countries, as well as on the Board of a number of not-for-profit organizations. 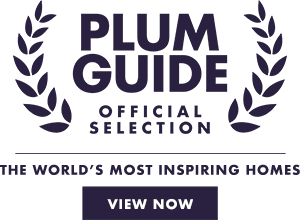